When you enter the sculpture gallery at the Chhatrapati Shivaji Maharaj Vastu Sangrahalaya (CSMVS) at Mumbai, look to your left. You will see a towering slab of ‘stone’, about 11-12 feet in height. If you stand in front of the slab and position yourself a few feet away from it, this is what you will see. 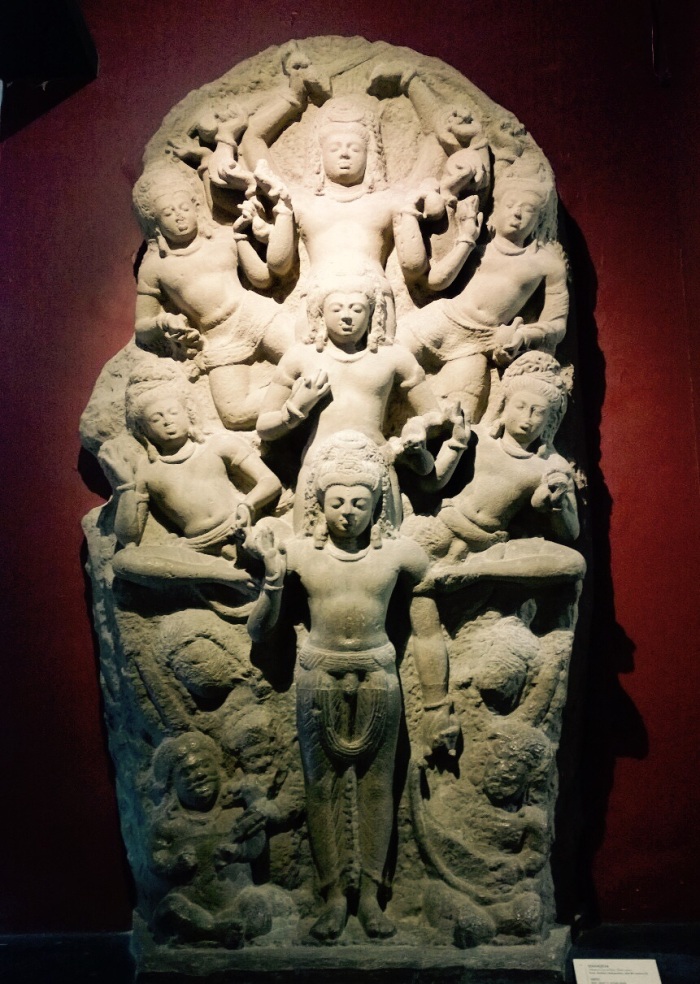 Your eyes will be drawn to the central standing figure and the 6 figures who surround him. Two figures emerge from his shoulders and one rises from behind him. You will notice three more figures emerging from the middle figure — two from his sides and one from behind him. In addition to these 7 figures, you will notice five more figures grouped around the legs of the central standing figure.

Now move closer to see the finer details on the relief. 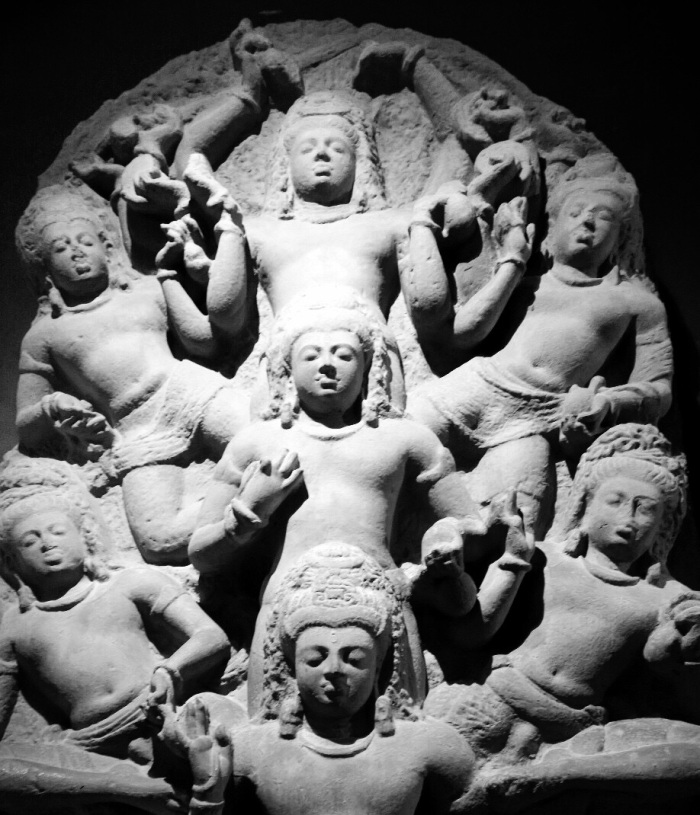 The matted hair, the different hand gestures, the third eye on the forehead of the central standing figure, the crescent moon on the head of central figure on top, the same facial features on all the figures… come into focus. You will also notice that though the faces of the seated figures are not very clear, one can make out that they are musicians of some sort — there is a lute, a flute and some sort of harp. 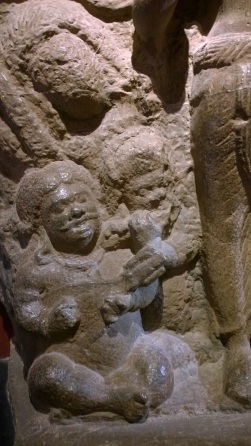 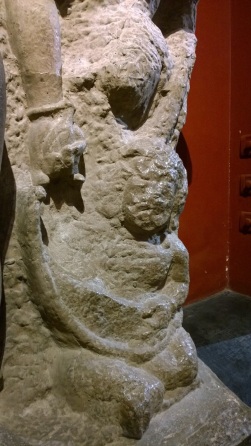 When you read the information plaque — or rather card — placed at the base of this relief, you will find that it is very brief. It mentions that this is a plaster cast of a relief from the Parel area of Mumbai dating back to the 8th century C.E. The sculpture is called Ashta Shiva (or 8 Shivas) or Mahadeva (another name for Shiva).

I first saw this relief of Mahadeva or Ashta Shiva about three years back on a visit to the CSMVS. I found the Mahadeva relief so compelling that subsequent visits to the museum for other exhibitions would see me take a detour just to see it. Each time, as I gazed at the Mahadeva, I would wonder at the Buddha / Bodhisattva-like postures and expressions and also about the origin and purpose of the relief. Though I wanted to find more information about the relief, I really did not go out of my way to seek it out.

Then last month, something happened. That something was a guided walk through the sculpture gallery of the CSMVS, particularly of the exhibits found in the region around present day Mumbai. Led by Dr. Suraj Pandit from the Department of Ancient Indian Culture of Sathaye College, Mumbai, the Mahadeva relief was — for lack of a better or apt word — the show stopper of the gallery walk, which lasted for approximately an hour. 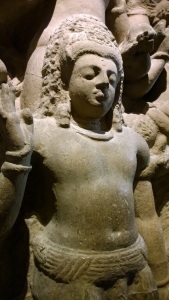 The original Mahadeva relief is in at the Baradevi temple in Parel, where it forms the backdrop for the main lingam in the shrine. Centuries ago, Parel used to be a workshop for sculptures and rock-cut cave temple art and architecture and also a centre for Pasupata Saivism, the earliest and oldest known Shaivite sect. This sect considers Shiva as the Supreme Being and the Ashta Shiva can be interpreted as the many forms of Shiva.

The Mahadeva relief was made in Parel at a time when creativity in art and craft was at its peak. While some historians call the relief Ashta Shiva, some Mahadeva, and some others as Maheshmurti, Dr. Pandit preferred to call the central figure on top of the relief as Parashiva, or the Absolute aspect of Shiva, in line with the beliefs of the Pasupata sect. The remarkable thing about this relief is that no such reliefs or sculptures have been found anywhere in the region or in India or elsewhere. This Ashta Shiva / Mahadeva / Parashiva relief remains the only one ever found/made.

Since Pashupata Saivism existed alongside Buddhism, there was considerable exchange of artistic ideas between the two. That may be the reason, why Shiva’s facial expression can be taken for that of the Buddha.

“But there are only 7 figures of Shiva on the relief !” exclaimed a participant at the gallery walk. “Why is called Ashta Shiva then?”

“Look carefully at the relief, said Dr.Pandit. “The outline of the relief is shaped like a lingam and that, according to some historians, is the 8th Shiva. Therefore, the whole becomes the Ashta Shiva.” [At this point I urge the reader to go look at the first picture in the post once again]

Dear reader, tell me what did you think of this Ashta Shiva?

The Museum Treasure Series is all about artifacts found in museums with an interesting history and story attached to them. You can read more from this series here.

14 thoughts on “Museum Treasure: The 8 Shivas”