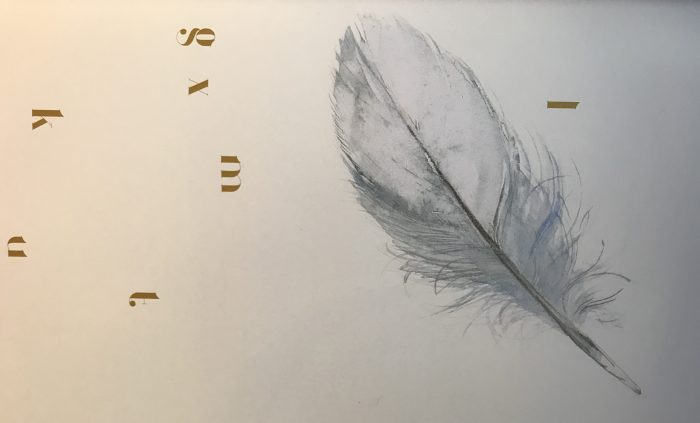 There is a black door in my office that I usually use as a chalk board to keep track of schedules, upcoming projects, etc. at work. But in the last few weeks, it has turned into a board that lists words, terms and phrases I have come across while editing or reading documents as part of work, or have been contributed by colleagues. All these words, terms and phrases are new to me and while I understand some (or at least I think I do !), most have left me baffled. For example, “affordance”, “unlived experience”, “hedonistic sustainability”, “unstickiness of pedagogical structures”, among many others.

Every morning, when I arrive at work, I look at this ever-growing list. I puzzle over the words, brood over them, look them up in the dictionary to make sense of them. Sometimes, I discuss these words with colleagues in an attempt to understand them. Sometimes, I try using them in sentences to see if they work. And sometimes, I give up on them.

END_OF_DOCUMENT_TOKEN_TO_BE_REPLACED

The title of this blog post pretty much summarises what 2018 was for me.

My Amma passed away in February 2018 and life as I knew it to be changed forever. Nearly a year later, I am still grappling with the changes her loss brought me. From returning to an empty home every evening to greedy neighbours slyly asking me when I would be selling the house and moving in with one of my brothers to everything in between — it has been a difficult year. There are times when the grief has been so overwhelming that I have been unable to speak; there have also been days times when I have sailed through without any issues. There have been good days and there have been not-so-good days and each day has taught lessons — big and small — to cope and move ahead.

One of the biggest lessons (and challenges) for me has been on letting go. Some were easy to let go, some happened naturally and some were difficult to let go, like The Sunday Book Club or #TSBC. A twitter-based book chat, I had co-founded #TSBC in 2012 and had been a part of it since then. But for the last year and so, I hadn’t been active on or contributed to #TSBC due to work commitments initially and later due to Amma’s illness. I had thought that I would be able to pick up after her passing passed away, but that didn’t happen and that’s when I knew that I had to let go. I quit #TSBC in September 2018, and though I miss #TSBC terribly, the enormous sense of relief at letting go far outweighs difficult and painful decision of quitting #TSBC.

END_OF_DOCUMENT_TOKEN_TO_BE_REPLACED 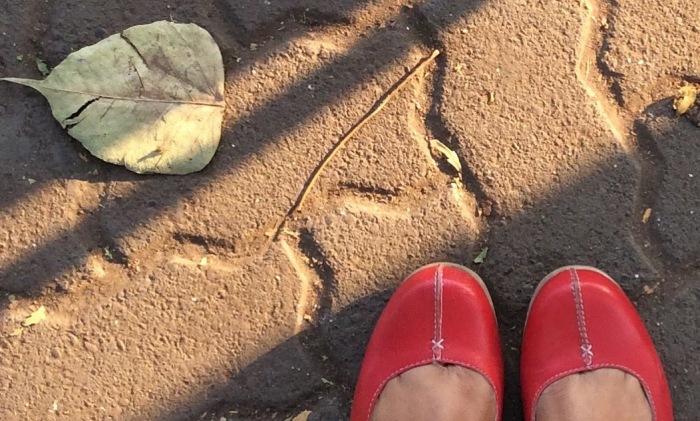 … later, I begin with a confession — I almost didn’t write this 8th anniversary post.

Reason? I have hardly blogged this past year managing only 18 posts, 11 of which were written in the months of June and July 2017 and the remaining 7 spread out over the remaining 10 months.

To be honest, this post is less about the blog and blogging or the reasons why I didn’t blog or wasn’t able to blog (actually, I was writing blog posts; I was just not publishing them). This is more about what I did this year some of which will get written about eventually here !

END_OF_DOCUMENT_TOKEN_TO_BE_REPLACED

Dear 2017, you were not what I wanted or expected you to be. Everything that I hoped to go right passed me by and everything that had to go wrong stayed right back with me. Tragic deaths of friends, illness in the family, health scares, and more shook up my life as I know it. In other words, you epitomised my favourite quote.

Just when I knew all the answers to life’s questions, the questions changed. ~ Anonymous

And in all the disappointments, unhappiness, turbulence and heartbreak that you brought with you this year, you imparted valuable lessons. Lessons that were sometimes gentle and subtle, sometimes rammed down my throat, and sometimes delivered with a rap on my knuckles.

As your year comes to an end (and I can’t wait to bid you goodbye !), I want to sum up what you were for me with a focus on the important lessons you taught, rather than on all the negative things you brought.

END_OF_DOCUMENT_TOKEN_TO_BE_REPLACED

This is the story of a 36-year old relationship with a city that has had many names in the past, but is known quite simply as Delhi today.

It is a city that has fascinated me for a long, long time.

It is a city that I have never lived in, but have visited it so many times that I have lost count.

And yet, it is a city, that I know very little about.

It is a city that sets off my respiratory allergies, if I stay for more than a day.

And yet, it is also a city that I want to live in for at least a year.

It is a city where diffused and clear memories and experiences are strung together in the same strand.

END_OF_DOCUMENT_TOKEN_TO_BE_REPLACED

It was twilight, that magical time between day and night, when she arrived at the gates of the Jalakandeshwar temple in Vellore, Tamil Nadu. Though it was a summer day in May, the gentle breeze going around made the heat bearable.

She stood diffidently at the entrance, looking around and wishing she were elsewhere —  maybe exploring the Fort within which the temple was located… She didn’t really believe in God or rituals and found temples to be noisy, dirty places. But she had promised her father that she would visit the temple while in Vellore, so there she was.

She entered the temple complex hesitantly and looked around. To her surprise, the temple wasn’t overly crowded and there was a pleasant buzz in the air. While some devotees were offering prayers at the various shrines, many others were sitting around talking, socialising, relaxing and presumably waiting for the evening aarti to begin.

As she was wondering which way to head, the faint strains of music wafted her way and decided to follow the sound. It led her to an old man sitting on the ground outside a small shrine with a shruti box and singing Rama nannu, a Tyagaraja kriti. The old man had a beautiful voice, full of devotion and passion, and she immediately entranced. She sat down near the old man to listen to him and was soon caught up in the emotions of the song, which was about the all-pervading nature of God (Rama) and His existence in every living being.

When the old man finished singing, she realised that her cheeks were wet. As she wiped her face with her dupatta, she heard a voice whispering to her:

You are such a fake.

END_OF_DOCUMENT_TOKEN_TO_BE_REPLACED

There was an error retrieving images from Instagram. An attempt will be remade in a few minutes.