There is a black door in my office that I usually use as a chalk board to keep track of schedules, upcoming projects, etc. at work. But in the last few weeks, it has turned into a board that lists words, terms and phrases I have come across while editing or reading documents as part of work, or have been contributed by colleagues. All these words, terms and phrases are new to me and while I understand some (or at least I think I do !), most have left me baffled. For example, “affordance”, “unlived experience”, “hedonistic sustainability”, “unstickiness of pedagogical structures”, among many others.

Every morning, when I arrive at work, I look at this ever-growing list. I puzzle over the words, brood over them, look them up in the dictionary to make sense of them. Sometimes, I discuss these words with colleagues in an attempt to understand them. Sometimes, I try using them in sentences to see if they work. And sometimes, I give up on them.

I often wonder if this is what it was like for those living in Shakespeare’s time when he introduced new words and phrases to the English language — antipathy, critical, frugal, dwindle, exsufflicate, bepray, insultment, one fell swoop, vanish into thin air, bag and baggage, etc. Some of these words, as you know, are still in use today. Did these new words puzzle the people then or were they easily accepted?

As someone who reads a lot and also works with words for a living (and sometimes writes), I have come to realise that writing — and editing for that matter — is less about grammar and more about usage of words. Another realisation is how words have a life of their own and chart their own journey through time and space. From remaining static to taking on multiple meanings to expanding and mutating so much that the original meaning is either lost or has changed to such an extent that it cannot be used in the present day context. Take the word, gay, for example. It is a word, an adjective, that I used as a child to denote light-hearted happiness. Today, the word “gay” (noun) has come to mean something else altogether and ithe original meaning is considered dated. I think that it is only a matter of time before the current meaning of the word “gay” becomes THE only meaning and its earlier understanding completely forgotten.

Sometimes words get lost by omission and it is in that context that the idea of writing this blogpost came about. About a month back, my friend Deepa shared an article by Maria Popova on The Lost Words, an illustrated book by Robert MacFarlane and Jackie Morris. The article went beyond reviewing the book and shared the story of how the book came to be. It all began in 2015, when the Oxford Children’s Dictionary dropped around 50 words related to nature to make way for newer, contemporary words. To quote Popova

This decision led to letters of protest from eminent writers in the UK, but MacFarlane took it one step further — he collaborated with Morris to create this “illustrated dictionary of poetic spells reclaiming the language of nature”. I bought a copy of this book last week and have been savouring it page by page, word by word, letter by letter, illustration by illustration since then. Isn’t it gorgeous? 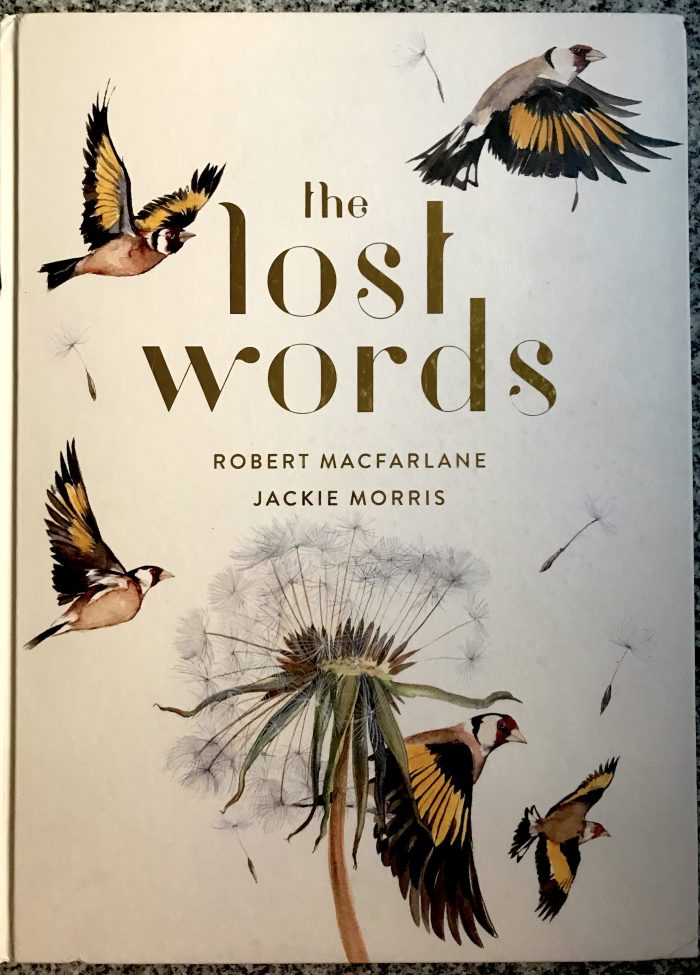 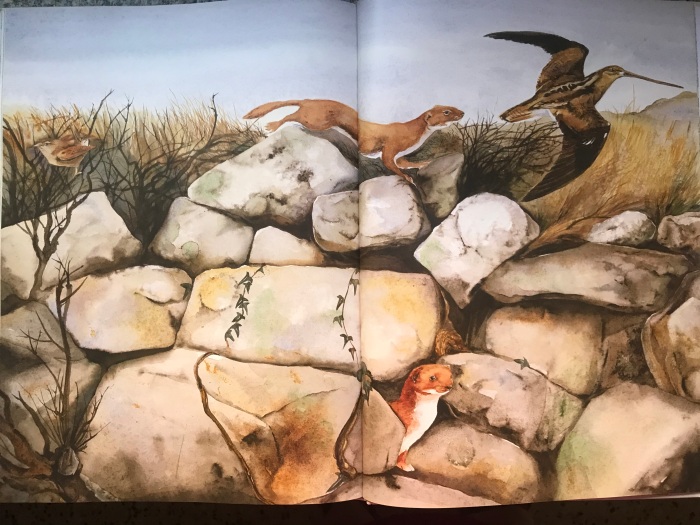 The book got me thinking about not just words, but practices and traditions using words that are dying out or are on the verge of being forgotten or have simply been lost. One of the first things that came to mind was the habit of writing letters. Many of us (and that includes me as well !) have bemoaned how we don’t receive or write letters anymore. From handwritten letters to emails to now WhatsApp messages – it has taken about 20-25 years for this change to happen. In the near future, will letter writing become one of those exotic and strange things? Will there be a Museum of Letters and Letter-writing? I certainly hope not !

As I willingly and knowingly get pulled into the world of words and the lives they lead, the list on my chalkboard grows by the day Today’s additions have been “anthropomorphic imaginaries” and “signification”, both of which – I must admit – I haven’t really understood. Soon I’m going to run out of space and will have to look for other ways to record and document words, terms and phrases that intrigue me.

A friend asked me what I was going to do with all the words I was “collecting”. I didn’t have an answer then, but her question got me thinking. What do I do with the words that I’m collecting? They need to be used, right? Maybe I’ll string together an essay or a piece of writing using all the ones I have collected so far. Maybe, I could compile a dictionary of strange and baffling words that others besides me may be interested in. Or maybe I could just let the words be.

Dear reader, what do you think I should do with my list?

PS: Have I turned into a word nerd?

8 thoughts on “Of words and the lives they lead…”