This book review is part of #TSBCReadsIndia, a reading challenge wherein one reads a book from each State and Union Territory of India. Presenting the book from Madhya Pradesh and the third of the 36 books to be read in this literary journey across India.

My earliest travel memories revolve around trains and river crossings, in particular the Narmada at Bharuch. I remember being awed by the expanse of the river flowing under the railway bridge, and wondering where that water was coming from and where it was going to. As the train crossed the river, my mother and I would fling coins from the train window into the Narmada. These were offerings, my mother would whisper into my ears, to the river Narmada as she was life-sustaining and, therefore, sacred. Together, we would fold our hands and bow before the river.

Decades have passed since those train journeys. I no longer throw coins into the Narmada or any other river from the train window, but my fascination and reverence for rivers — especially the Narmada — continues even today. That was the reason I bought a copy of Waters Close Over Us: A Journey Along the Narmada (HB, 242 pages, 2013, Fourth Estate) by Hartosh Singh Bal, soon after its release. 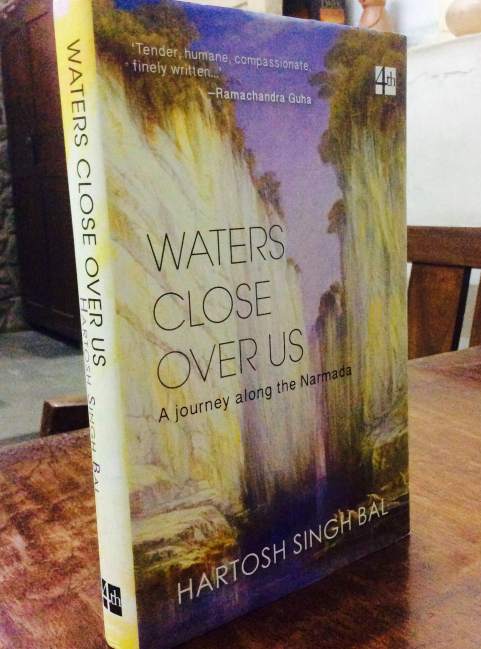 The book lay unread for almost 2 years and then #TSBCReadsIndia happened. I did not even have to think twice before selecting this book as my read for Madhya Pradesh. There couldn’t be a more apt choice for as just as Madhya Pradesh is the geographical heart of India, so is the river Narmada. END_OF_DOCUMENT_TOKEN_TO_BE_REPLACED

This book review is part of #TSBCReadsIndia, a reading challenge wherein one reads a book from each State and Union Territory of India. Presenting the second of 36 books to be read — the book from Maharashtra — in this literary journey across India.

Cobalt Blue by Sachin Kundalkar (Hardback, 228 pages, 2013, Hamish Hamilton) is probably the only book I have ever bought without reading either the author or book blurb, or even a sample page or two.

I didn’t really need to after I saw who had translated this book from the original Marathi into English — Jerry Pinto. I was immediately intrigued as till then I had only read Pinto’s original writing in English and hadn’t known that he did translations !

And so a copy of Cobalt Blue was bought with the intention of reading it soon. But that didn’t happen and the book lay in my to-be-read-pile of books for nearly 2 years, and would probably still be there if not for #TSBCReadsIndia. While shortlisting the book for Maharashtra, I remembered Cobalt Blue and after a quick look at it found that it fit the two basic criteria that I had set for a book to qualify for this reading challenge — (i) it was a translation, and (ii) it was recent.

Perfect. I got down to reading it immediately. 🙂

END_OF_DOCUMENT_TOKEN_TO_BE_REPLACED 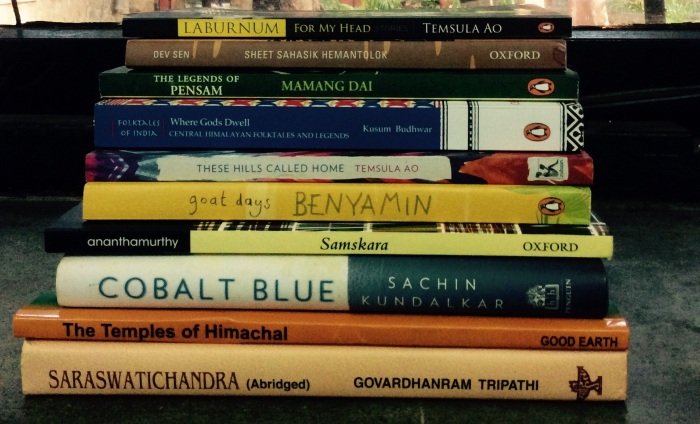 This book review is part of #TSBCReadsIndia, a reading challenge wherein one reads a book from each State and Union Territory of India. Presenting the second of 36 books to be read — the book from Tamil Nadu — in this literary journey across India. 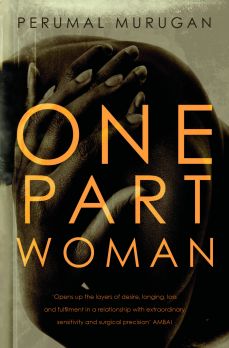 Prior to the controversy over the Tamil novel, Madhorubagan, I hadn’t heard of either the novel or its author, Perumal Murugan. Or about the English translation of this book, One Part Woman, by Aniruddhan Vasudevan.

I first heard of the controversy on Twitter. What started off as a few stray tweets in the morning, had turned into a full-blown outrage by the afternoon. Normally, I ignore twitter outrages as I find them tiresome, but this was different as it was about a book.

I followed the outrage that day on Twitter and then as Twitter predictably found something new to outrage about the next day, I moved to other sources of information. I also bought a Kindle version of the book with the intention of reading it at the earliest. Soon the controversy died down, the media moved to other stories, and the book remained unread.

Then #TSBCReadsIndia happened and I decided on Tamil Nadu as the first stop in my literary journey across India. That’s when I remembered One Part Woman, and realised that it was a book that fit all my criteria for the reading challenge — it was translated, it was recent, and the controversy surrounding the book was the bonus. 🙂

END_OF_DOCUMENT_TOKEN_TO_BE_REPLACED

I am usually inspired to read about a place after a visit there; I have also been known to pick up something to read once I have decided to visit a place. As for packing my bags and heading to a destination after reading about it? Never, though I have added a destination to a mental list of places to visit.

Did I just say never? Actually, that has now changed to ‘just once’ when I visited the Shekhawati region in Rajasthan after reading a book about its painted havelis or mansions in January this year. The Painted Towns of Shekhawati by Ilay Cooper was a serendipitous find, and I want to first share how I found the book with you before telling you what the book is all about. 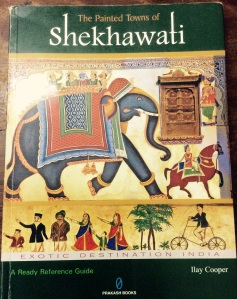 It was a rainy August day in 2014 and I was feeling quite sorry for myself at that time. All my travel plans were falling through for some reason or the other, which meant that I hadn’t travelled anywhere that year.

A casual twitter conversation with a friend on the Jaipur Literature Festival (JLF) got me thinking about attending the festival in 2015 and maybe combining it with some travel to places around Jaipur.

A simple Google search threw up Shekhawati as a possible place to visit. A little deeper search and book on The Painted Towns of Shekhawati popped up. Though I was aware of the painted havelis in Shekhawati, I was more than a little sketchy on the details. The book intrigued me enough to place an order and the book was in my hands a few days later.

So what was in the book that got me all set to travel to Shekhawati?

END_OF_DOCUMENT_TOKEN_TO_BE_REPLACED

It’s a quiet afternoon at home on one of the days of the long Dussera weekend we’ve just had. I am sorting through and rearranging my bookshelves in an attempt to make space for my ever-growing number of books. The first thing I do is to remove all the books from their shelves and separate them genre-wise. Soon, there are piles of books grouped all over the room.

It is a beautiful sight. 🙂

Now comes the difficult part. I need to identify books that I can bear to part with and give away to libraries or to people who want them. Progress is slow, as I get distracted by some of my favourite books among them, often opening them to read passages and lines. It’s like meeting old friends, you know.

The afternoon passes by pleasurably as I move from book pile to book pile, genre to genre. The last pile of books are all Graphic Novels of varying sizes. As I sort and stack them by size and series, I am amazed at just how many of them there are.

“How did it get to be so much? When did it even start?” I ask myself as I stare at the now sorted books in this genre. 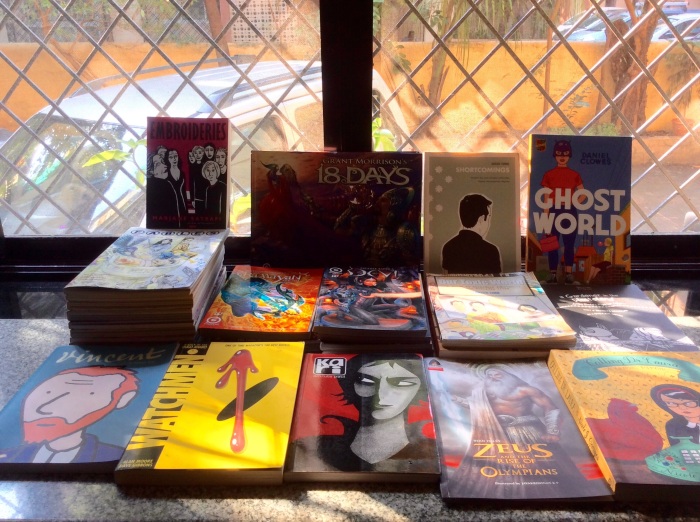 END_OF_DOCUMENT_TOKEN_TO_BE_REPLACED

Have you ever noticed that extraordinary things only seem to happen to ordinary people?

In real life. In films. In books. Especially in books.

Take for example, Mr. Berger of “The Museum of Literary Souls” by John Connolly (ebook, StoryFront, 2013). Mr. Berger, the protagonist of this story leads a rather dull existence of unvarying routine.

He is single, never been married, and lives alone in London. He works for the housing department of a rather minor council as an Assistant Registrar.

His position as registrar paid neither badly nor particularly well but was enough to keep him clothed and fed, and maintain a roof above his head. Most of the remainder went on books. Mr. Berger led a life of imagination, fed by stories. His flat was lined with shelves, and those shelves were filled with books that he loved…

Mr Berger might sometimes have been a little lonely, but he was never bored and never unhappy, and he counted his days by the books he read.

In all probability, Mr. Berger might have continued living his life in a similar manner for the rest of his life, if not for his mother’s death. Her bequest, though not a great fortune by any standards, was enough for him to resign from his job, move into his mother’s house in the countryside, and attempt to live out his dream of becoming a writer. A new routine developed, another unvarying one that included reading, writing, walks in the countryside and an occasional visit to the local pub.

One evening something happened. Something that shifted the equilibrium in his carefully ordered life.