You know that moment when you are looking for something, but end up finding something else? Something you were not expecting to find? Something you didn’t even know you wanted to find? I had one such moment about 10 days back.

I was headed to Agra the next day for a conference and hoped to squeeze in a visit to the Agra Fort. While checking the Fort timings on it’s official website, I came across a link to lesser known monuments in the city. Curious to know more, I clicked on the link and my eyes were immediately drawn to the photograph accompanying the second entry on the page — a red domed structure with four minarets in each corner, not unlike a Taj Mahal, but red in colour. 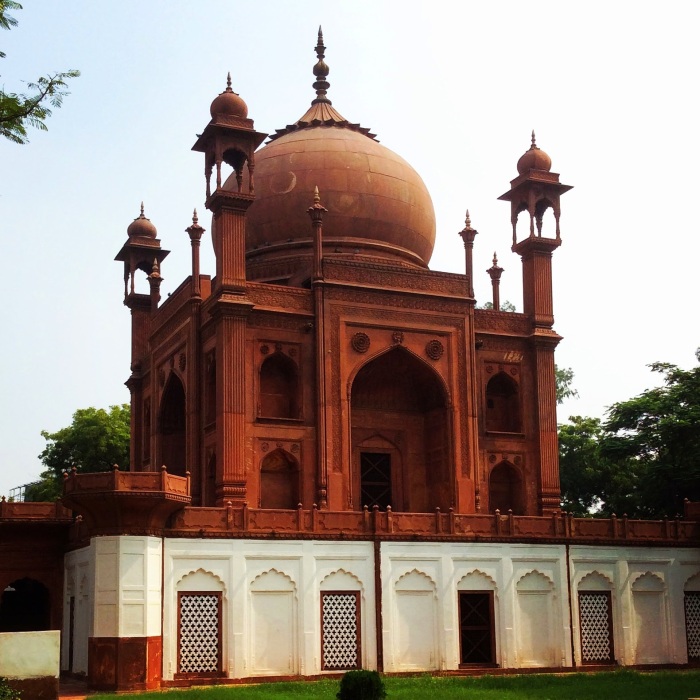 Wondering which Mughal prince or noble was buried in this very obvious example of Islāmic architecture, I proceeded to read the description. And then read it again just to make sure that what I had read was indeed what I read the first time.

This was no mausoleum of a Mughal prince or noble or even a Muslim; this was a Christian’s tomb located in the Agra’s Roman Catholic Cemetery. Reading about this rather intriguing place, I was surprised that I had neither heard of nor come across the Cemetery and the ‘Red Taj Mahal’ before, in spite of having visited Agra in 2011! There was only one way to remedy this. Visit it.

And that’s exactly what I do when I visited Agra earlier this month. 🙂

END_OF_DOCUMENT_TOKEN_TO_BE_REPLACED

Reunited after 10 days ! To clarify, it is me with #GudduBilla and he with my bag ! Priorities, you see.
Malai kulfi from #ParsiDairyFarm + the sweetest strawberries and purple raspberries from #Panchgani. I’m in heaven right now. 😍
A and I have known each other since 1991 when we were hostel mates at the University of Pune. We met after nearly three years today for an extended brunch at Malaka Spice, Pune.
Wake up and smell the coffee, I mean welcome to the first day of 2022 ! And also have some leftover boozy Christmas cake for that perfect start to the weekend, the first day of a new month and the first day of a new year.