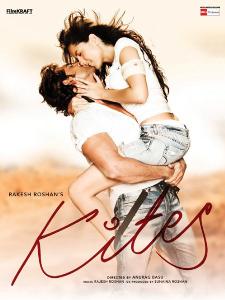 Poor Kites. The film, that is. The way reviewers have mauled the movie has been savage.

I’ll probably be lynched by a quite a few people and disowned by many of my friends when I say that I quite liked Kites.

It is not like the film is flawless. On the contrary, it is full of them—patchy story line, half-baked characterisation, overacting, underacting, … You must have read the reviews or seen the film to know what I am talking about.

But, in spite of the flaws, it has a redeeming quality that no one can ignore—the beautiful cinematography by Ayanaka Bose. It is sheer poetry.

To be more precise, it is like Haiku, a Japanese form of poetry. And therein lies the problem. Poetry is not everybody’s cup of tea, and Haiku, which is an abstract form of poetry, has even lesser number of fans. Besides, one reads poetry, or maybe listens to poetry, but have you heard of anybody watching poetry?

When the film released and I was trying to follow the ‘buzz’ on Kites, and had tweeted about it, my friend Rama responded with this:

@sudhagee the buzz??? hrithik has an awesome body!!!;)

I totally agree, Rama. 😉 I also liked the music, though I hope Hrithik Roshan sticks to acting from now on and does not attempt to sing in English or Hindi or any other language.

Did you watch Kites? And feel the poetry as I did or did you hate it? Or were you scared away by the word-of-mouth negative feedback and not watch the movie at all? Do let me know.

One thought on “The Poetry of Kites – The film”