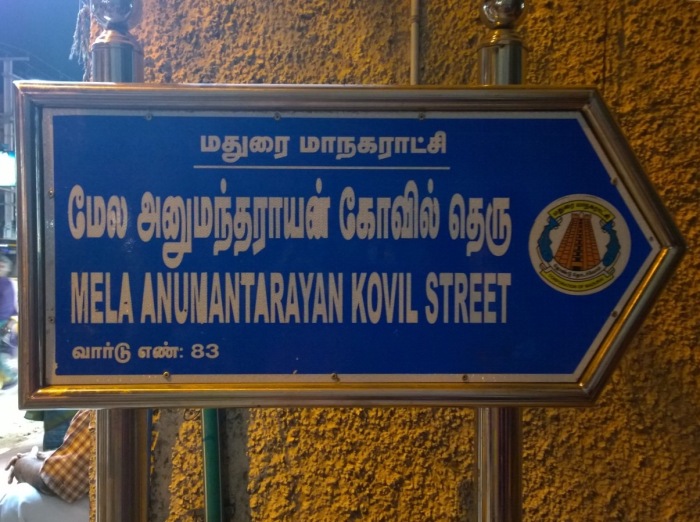 About a year back, I visited Madurai with Chennai Pastforward. Led by V. Sriram, the 3-day was filled with temples, music, culture, rock-cut caves, heritage, history and was fantastic (watch out for posts on Madurai coming up next week!).

On one of the evenings in Madurai, our group was walking back towards the bus when Sriram, who was leading, suddenly ducked into a narrow street. Actually, alley would be a better word for the street which had a sign that read Mela Anumantharayan Kovil Street.

We obediently followed him, walking in a single file as the alley wouldn’t allow for anything more. Lined with shops on both sides and double storeyed structures above them, the sky was visible as a dark blue ribbon floating above us. I don’t suffer from claustrophobia, but I had the feeling of being hemmed in.

Just when I was wondering Sriram was leading us to, he stopped and pointed at an open window, through which light was streaming out, and said: “This is it. This is the house of MS Subbulakshmi. 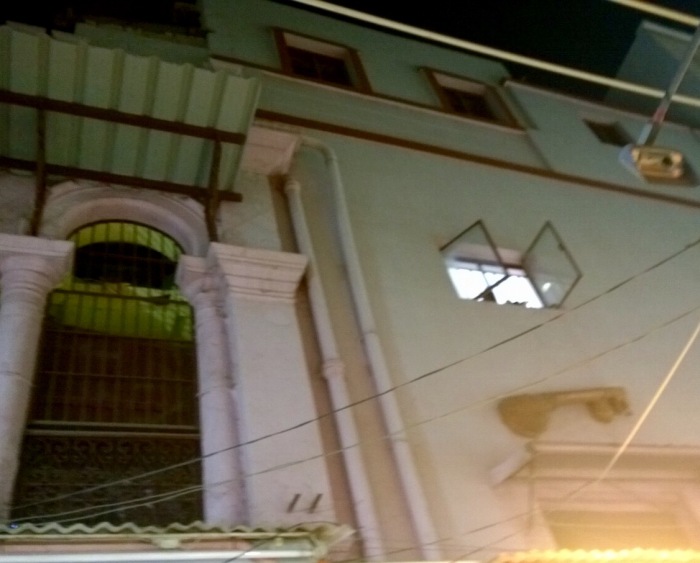 END_OF_DOCUMENT_TOKEN_TO_BE_REPLACED

Rainy Saturday in my city…
#MuseumTreasures 3
Just arrived !
My lunch - stir fried veggies and pan fried paneer in a bed of tangy sauce based on a recipe by @snehasinghi1 (Thank you !) It was delicious, if I may say so myself. 😋