As the Emperor of Mughal India, Aurangzeb ruled for nearly 50 years, much of it with public opinion against him due to many discriminatory measures against the Hindus, like imposition of the jizyah, differential taxation for Hindus, etc.. In fact, such display of Islāmic orthodoxy by Aurangzeb gave strength and purpose to the resistance movements of the Marathas, the Jats, the Bundelas and the Sikhs. His constant wars to consolidate or expand territory nearly bankrupted the royal treasuries. When he died in 1707, he left a crumbling empire, a corrupt and inefficient administration, a demoralised army, and alienated subjects.

Aurangzeb never used the Royal Treasury for his personal expenses. Instead, he used the money he earned from making caps (sold anonymously in the market) and copying the Quran. He saved the money earned from this to pay for an open-air grave at Khuldabad, located about 27 km from Aurangabad.

The grave I’m standing before on that December evening in 2013 with all these thoughts running around in my mind, and some more.

END_OF_DOCUMENT_TOKEN_TO_BE_REPLACED

October 2011
It is almost noon when I arrive at Agra Fort tired, dehydrated, sunburned and with the beginnings of a headache.

It has been a long day that began before sunrise by queuing up with what seemed like the rest of world to see the Taj Mahal. Then it was onwards to Sikandra through terrible traffic and road rage incidents to see Akbar’s Mausoleum, and finally back to Agra to visit the I’timad-ud-Daulah.

It is hot and dry and the Fort is quite crowded. I’m exhausted and unable to concentrate on what the guide is saying. After about 15 minutes like this, I give up and decide to leave, with the hope that I’ll get a chance to visit Agra again and walk through the Fort gates once more. 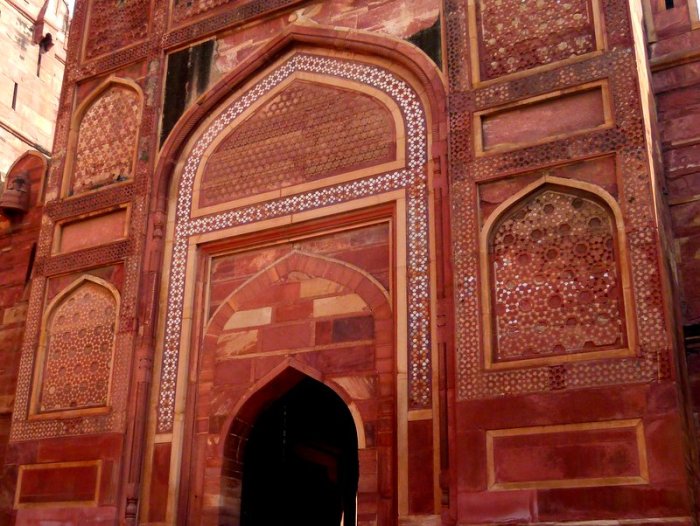 END_OF_DOCUMENT_TOKEN_TO_BE_REPLACED

A bundlette of perfection in my palm. 😋
A few weeks back I received a very interesting parcel from @litrahbperfumery. The contents of the parcel had been specially commissioned for me by a very dear friend.
My breakfast today - millet pancakes from a @slurrpfarm mix with a topping of Hapus mangoes from a friend’s farm. 😋🤤
My evening commute home from work gave me this glorious view today. 😍