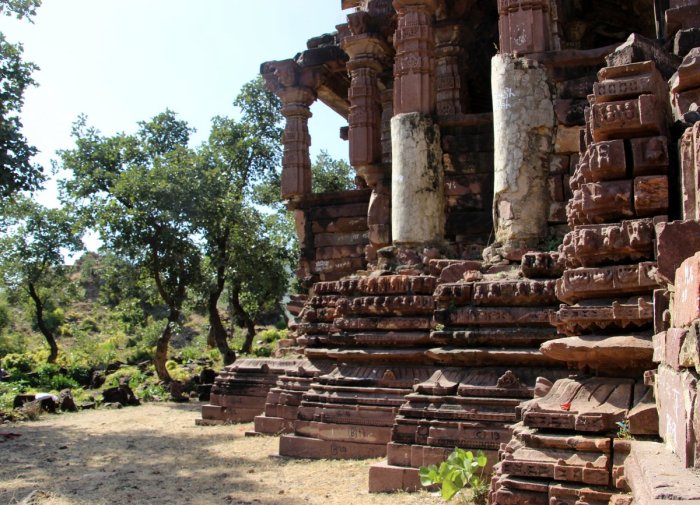 It was supposed to be just a visit to the ruins of the Bhand Devra or Bhand Deora Temple, a 10th century CE temple enroute to Kota from Jhalawar. My friend Shubhra aka Historywali had told me that this was a place I should not miss, especially since I would be in the area. Little did I know it would turn out to be much more than just a visit to a temple ruin.

The day had begun with us (my friend Niti and I) bidding goodbye to Jhalawar and our fabulous host, Mahijit ji, before setting off on a 2.5-hour journey by road to the temple. Though Manoj, our car driver, wasn’t sure of the temple’s exact location, he knew the area and assured us that he would get us to the temple. All we had to do was to sit back and enjoy the drive that initially passed though a hilly and forested section, before the landscape flattened out.

About 2 hours into the journey, we saw a strange, flat-topped elevation rising in the distance. On asking Manoj if he knew anything about it, he just shrugged and said that it was a hill and the Bhand Devra Temple was close to it. I was intrigued for the hill didn’t look like any that I had seen before and I decided to check Google Maps to see if it could tell me what it was.

What came up had me rubbing my eyes in disbelief; Niti’s reaction was no different. We were looking at (see the screenshot I took below) what appeared to be a hollow hill or a a crater. An impact crater. 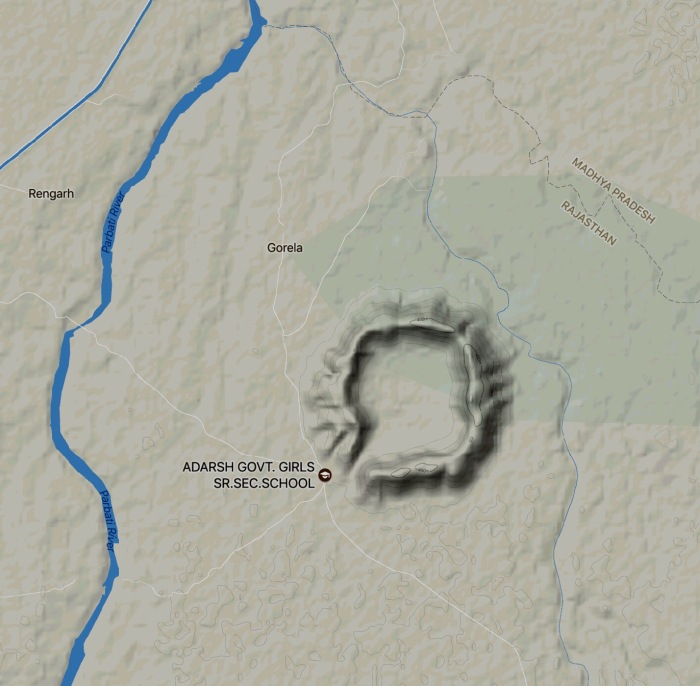 END_OF_DOCUMENT_TOKEN_TO_BE_REPLACED

It’s a wet and cold day in Mumbai today - unusual for this time of the year. The weather seems to match the uncertainty and rising anxiety over the new Corona virus variant.
#BookChatWithRadhaAndSudha
I like the idea of trying out different kinds of food, but at the same time will not go out of my way to try them. Yes, I’m weird and contrary that way. It’s a rare occasion when I get excited about trying out something completely new. This box of goodies based on #Dogri cuisine is one such.
About yesterday evening…