If you’re travelling towards Chembur or beyond from Navi Mumbai by the Sion-Panvel Highway, look left as the road curves right into V.N. Purav Marg (also known as the  Sion-Trombay Road). You will see this white tower standing tall in the shade of trees against the BARC boundary wall. 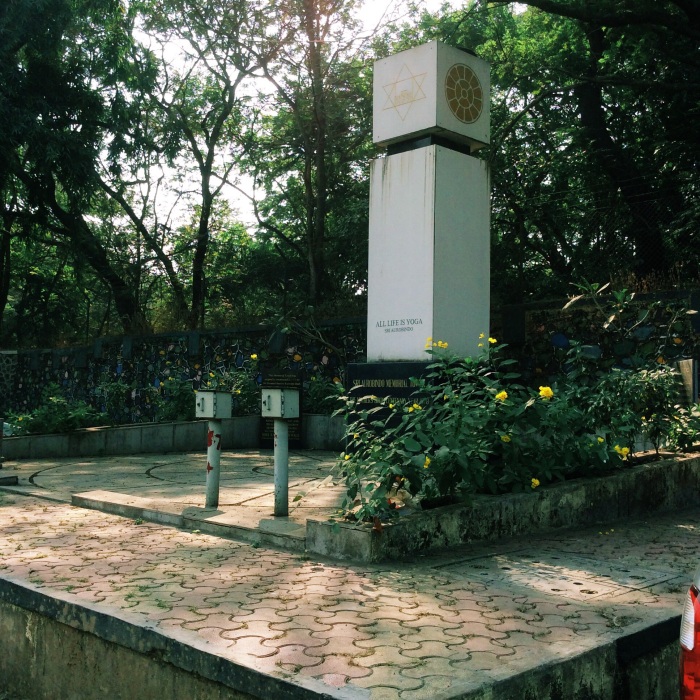 This is the Sri Aurobindo Memorial Tower, which I have been seeing every day on my commute to work for the last 19 years. And every day I would look at the Memorial Tower with curiosity and tell myself that I would stop by one day to have a closer look at it. That day finally happened to be yesterday !

END_OF_DOCUMENT_TOKEN_TO_BE_REPLACED

Sometimes in the midst of trying to balance work, home, commuting, blogging, reading, indeed living, I am brought to a screeching halt by something very ordinary, something very simple. Something that always makes me pause and think about the details that I often miss, the little bits of creativity around us, and the gentler and hidden things we overlook.  Getting a bus pass made was one such incident 🙂

I commute to work by Mumbai’s BEST buses. For the last 2 years or so, I have found it convenient to get a monthly or quarterly bus pass made, which till about a year back, had been outsourced by the BEST to a third-party. But due to reported discrepancies in collections as well as non-functioning of the smart card bus pass, the contract with the third-party was abruptly terminated. A press release from the BEST stated that they would be issuing the bus passes themselves.

So once the announcement appeared in the newspapers regarding the issuing of smart card bus passes, off I went to the nearest bus depot, which happened to be BEST’s Deonar Bus Depot. The security guard at the gate helpfully pointed me towards the right direction or where the bus passes were being issued from. Soon I found myself looking at this:

END_OF_DOCUMENT_TOKEN_TO_BE_REPLACED

If you happen to be at the Punjabwadi bus stop in Deonar (Mumbai), just outside Saras Baug society, do pause for a minute. Or two. Over and above the din of the traffic, you will hear another kind of noise—lots of screeching and screaming. No, no, don’t look around for the source of this noise, look up into the trees and this is what you’ll see:

END_OF_DOCUMENT_TOKEN_TO_BE_REPLACED

A few weeks back I received a very interesting parcel from @litrahbperfumery. The contents of the parcel had been specially commissioned for me by a very dear friend.
My breakfast today - millet pancakes from a @slurrpfarm mix with a topping of Hapus mangoes from a friend’s farm. 😋🤤
My evening commute home from work gave me this glorious view today. 😍
Last week, I received a beautiful bookmark as a gift from @rameshpkhade. It was an interpretation of Van Gogh’s The Starry Night” - instead of the blue and yellow combination, it has been rendered in red and yellow by the artist @horinsakua. Swipe to see the details.